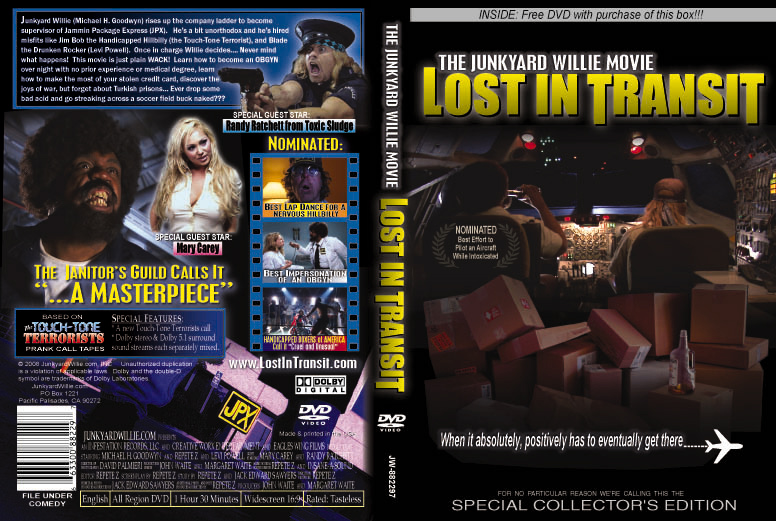 GO BACK to order page

When it absolutely, positively has to eventually get there...

A indie comedy feature based loosely on the Touch-Tone Terrorists prank call CD's (as heard on Howard Stern and Crank Yankers on Comedy Central and MTV2), this movie also features Mary Carey (Sober House, Celebrity Rehab, California gubernatorial recall election candidate), and rock star Randy Ratchett (Toxic Sludge). This movie has already received numerous awards, accolades and nominations including "Best Effort to Pilot an Aircraft While Intoxicated", "Best Lap Dance for a Nervous Hillbilly", and "Best Impersonation of an OBGYN."  The Janitor's Guild calls it "A masterpiece", while Handicapped Boxers of America call it "Cruel and Unusual".

Junkyard Willie rises up the company ladder to become supervisor of Jammin Package Express (JPX). He's a bit unorthodox and he's hired misfits like Jim Bob the Handicapped Hillbilly, and Blade the Drunken Rocker. Once in charge Willie decides.... Never mind what happens... This movie is just plain WACK! Learn how to become an OBGYN overnight with no prior experience or medical degree, learn  how to make the most of your stolen credit card, discover the joys of war, but forget about Turkish prisons... Ever drop some bad acid and go streaking across a soccer field buck naked???

Aspect Ratio: Only available in 16:9.  On a standard 4:3 TV set small black bars appear above and below the picture (as seen in the image below).

NOTE: If on a standard 4:3 TV set you do not see black bars (like the image below) it is likely because the "setup" settings on your DVD player and/or TV set are set incorrectly.  Your VCR's "TV Display" should be set to "NORMAL". Do NOT set it to "WIDE" or the black bars will disappear and the picture will appear distorted and "stretched". 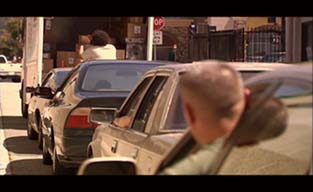 NOTE: On a wide screen TV there should be no aspect ratio adjustment necessary.

You may need to turn up the brightness to about 60%, and contrast to perhaps 70%.

SOUND: Choose from 3 audio streams (each separately optimized and mixed):

NOTE: The 5.1 surround sound stream is intended to be listened to through a 6 speaker sound system (center, left, right, left rear, right rear, and bass woofer).  If you own such a sound system you will definitely prefer the clarity and separation of this optimized mix, which sounds superior to the stereo TTT mix. Listening to the 5.1 surround sound stream "downmixed" or through only a two or three speaker setup is not recommended either, as it will sound "dry" and imbalanced, with the surround channels effectively getting muted.

YOUR QUESTION: Will this movie ever become available on NetFlix?

ANSWER: No. Under its agreements with indie distributors, Netflix does not pay royalties to indie filmmakers based on the number of rentals, so we have opted out and will continue to avoid NetFlix.

Go back to the order page