As heard on the Howard Stern Show! 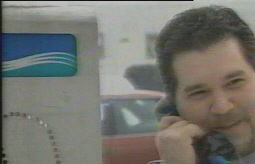 Captain Janks has just released a CD / DVD compilation of all of his calls!

Captain Janks recently came out of retirement, and roared back with a vengeance!   When Phil Donahue returned (for his brief talk show comeback) he was greeted on the phone by an old nemesis.  If anyone has this call in MP3 please email me the link. Since this Donahue call Janks has been on fire, getting through left and right to drop the bomb on various TV broadcasts.  I am also looking to post Janks' truly tasteless Space Shuttle disaster prank call, in which Babba Boey's teeth were found in someone's backyard.

Sorry my shrinking bandwidth has caused me to remove many of these calls.......

On ESPN Janks poses as Steve Bartman (the Chicago Cubs fan who interfered with a foul ball during the playoffs) - Here's a movie file (as posted on www.koam.com). This call got a lot of publicity, including in newspapers and on TV. I personally saw an NBC TV affiliate's story on the local news in Los Angeles. Then on 11/17/03 the host of the ESPN show came on the air (over the phone) on the Howard Stern show to accept his F-Mmy Award.

Massive East coast power outage - MP3 - 8/15/03 6:30 AM - CNN's Carol Costello says the thought of banging Howard Stern is "disgusting" but if given the opportunity behind closed doors what would she really do?  Most chicks bang their way to the top these days.  Perhaps Howard could help her replace Dan Rather. 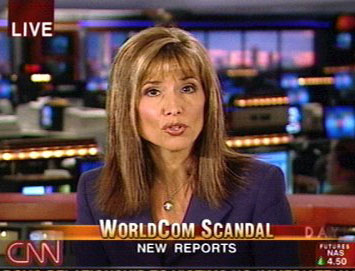 Baghdad Airport - MP3 - Janks has fooled cable TV news screeners into thinking that they have one of their own reporters on the phone, embedded with the 3rd Infantry. On the Howard Stern show Janks explained that he simulated cell phone static sound by simply using static sound from a radio. It's funny the way Janks waits a couple of seconds for the supposed satellite transmission to travel around the globe. When the TV host's final question to Janks is answered immediately, it becomes painfully obvious that they've been had! Includes reaction from Howard.

Cerebral Palsy Telethon - RealAudio - A classic old call! Available on the CD below! This call is funny on so many levels.  First of all Captain Janks has fooled the screeners and hosts into thinking that he's Cathy Lee Gifford! Over the phone lines it really does sound like her.  2nd of all he has stooped to an all-time LOW by turning a Cerebral Palsy Telethon into a forum for a shameless prank!  Thirdly he compounds the hilarity by portraying Cathy Lee as selfish... "We're fortunate that Cody and Cassidy are healthy".  It's as if to say "We're sure glad that our kids don't have cerebral palsy".  Finally after stringing them along for a while "Cathy Lee" (Janks) dramatically puts the dagger in 'em by conceding, "I would love to make hot monkey love to Howard Stern".  The hilarity is amplified when the host Dennis James gets rattled, then continues to dwell on it.  Despite the urging of Florence Henderson, Dennis just can't let it rest.

11/17/03 Captain Janks announces that he has a new web site set up at www.CaptainJanks.tk

ALL Howard Stern fans are hereby ordered to email your Congressman and tell them all to STOP snuffing out "shock" radio shows like the Howard Stern show!

By imposing fines and instilling fear in radio station management via fines and threats of fines, the FCC has completely knocked Opie & Anthony and Bubba the Love Sponge off the air, and they have literally shut Howard Stern off the air in 6 Clear Channel owned markets (in Pittsburgh, San Diego, Rochester, Louisville, Orlando, Miami). This is a blatant trampling of the 1st Amendment and cannot be tolerated by free speech loving people! Howard Stern has been heard by an estimated 10 million people per week because the people want to listen. Yet ever since the Janet Jackson super bowl breast exposure, religious congressmen are on a rampant mission to censor not just  TV, but cable TV, radio, and satellite radio. The true colors of the Bush administration are becoming more and more clear: that of religious "thought control" reminiscent of the Taliban.

In the coming weeks the FCC plans to issue more fines in an all out effort to censor America's airwaves according to the government's moral agenda. You must act now to stop it.

Sincerely the site owner and webmaster,

DISCLAIMER: This page is a commentary. Tell your cable news lawyers to go to hell.